How to get rid of mould - 5 tips - High Class Cleaning

How to get rid of mould!

The appearance of mould is a homeowner’s nightmare. It looks unpleasant, it can be damaging to your health and, if untreated, can spread rapidly through your house. Mould is a fungus that thrives on organic matter, moisture and oxygen. It often occurs in homes because they provide the ideal conditions for it to grow. It is easily identifiable by its black or green slimy appearance. If you have noticed fungus in your home, you must treat it as soon as possible. If ignored, it can release toxins into the air and cause severe respiratory problems.

Tips & Tricks: How to Clean Your Plugholes

How do I get rid of mould in my bedroom?

Of all the rooms in your home, your bedroom is one of the most high-risk areas to ignore the presence of mould. You likely spend more time in your bedroom than in any other part of the house, so it is best to tackle this area first. When mould appears in your bedroom, you may not even notice it initially. It can pop up in hard-to-spot areas including underneath carpets, on mattresses, or around window sills. You may only become aware once you start to experience allergic reactions or breathing problems from ingesting toxins throughout the night.

To get rid of mould from your bedroom, the correct cleaning method will depend on the surface on which it appears. Mattresses are a common offender as they soak up sweat and other moisture and are usually hidden by your bedding. Clean your mattress and other soft furnishings regularly and replace them immediately if you spot mould developing. Scrub hard surfaces vigorously with a stiff brush, cleaning product, and water until the mould is removed. Make sure the area is dried afterwards.

How do you clean mould off walls?

When mould forms on walls, it is usually a sign of condensation – when warm, moist air comes into contact with a cooler surface. One single spore can produce a trillion more in the space of a single day, so it can spread across your walls extremely quickly. If you spot mould appearing on your walls, you should take the following steps to remove it.

Firstly, remove any loose surfaces such as wallpaper or flaking paint, and ensure the wall has a smooth finish. Next, using hot water and soap or a specially-designed fungicidal mould-removal product, scrub down the area with a stiff-bristled brush and then allow it to dry thoroughly. If the area is severely affected, you may need to repeat this step. Always wear rubber gloves and a protective mask to shield yourself from contact with mould.

Is bleach or vinegar better to kill mould?

Although many products are targeted explicitly at killing mould, it is possible to do the job yourself with items you already have around the house. Bleach and vinegar are two of the most common home remedies. But how effective are they? The truth is, they will both kill mould to some degree, but vinegar is much more effective. That is because bleach only kills the mould spores that are on the surface, while vinegar penetrates deeper into the porous fungus and kills the mould at its roots. If you use bleach, there is a higher chance the mould will return.

Can I remove black mould myself? 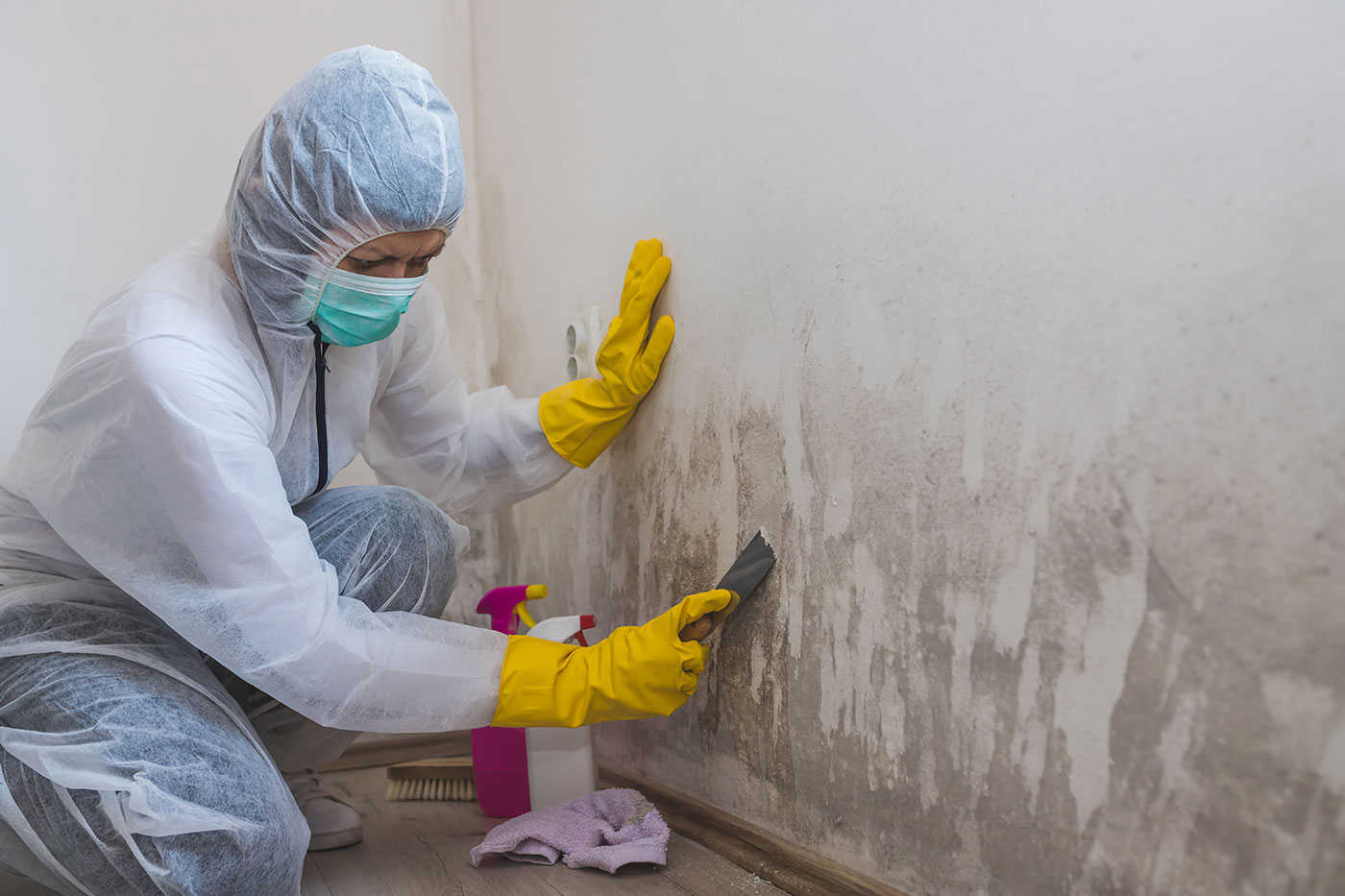 While household mould comes in a variety of forms, there is none more terrifying than the dreaded black mould, otherwise known as Stachybotrys chart arum and Stachybotrys chlorohalonata. This form of fungus is much more likely to cause health problems in members of your household, including chronic coughing, respiratory irritation, skin disorders and headaches. In the most extreme cases, it can cause allergic reactions which lead to vomiting and bleeding. Because it is so dangerous, it is not advisable to try removing it yourself as you may miss critical areas or possibly even make the situation worse. Black mould releases toxic spores which can spread all over the house if not properly contained. By attempting the job on your own, you may scatter the spores and inadvertently help the outbreak. Also, trying to treat mould without proper protective equipment will unnecessarily put you and your family at risk. When it comes to black mould, you should always leave it to the professionals.

Once mould has set in, and you have gone through the process of removing it, there is no guarantee that it will not break out again. If your home is naturally humid, then it presents the ideal conditions for fungus to proliferate and there is a good chance it will reappear down the line. The best course of action to prevent mould in the home is not to remove it when it appears, but to form good habits that will stop it from growing in the first place.

If your mould outbreak is relatively minor, you may be able to stop it before it gets too severe. If it has spread throughout the home or you notice signs of black mould, you should call in a professional cleaning company to stop it from getting any worse.